Sean McCarthy began his publishing career as an editorial intern at Overlook Press and then moved over to the Sheldon Fogelman Agency.  He worked as the submissions coordinator and permissions manager before becoming a full-time literary agent.  Sean graduated from Macalester College with a degree in English-Creative Writing, and is grateful that he no longer has to spend his winters in Minnesota.

In 2013, Sean McCarthy established Sean McCarthy Literary which emphasizes a comprehensive approach in assisting clients with their literary careers.  The agency guides authors and illustrators through all phases of the publishing process, from developing manuscripts to negotiating contracts to managing foreign and subsidiary rights and everything in between.

He is drawn to flawed, multifaceted characters with devastatingly concise writing in YA, and smartly paced mysteries or adventures in MG. In picture books, he looks more for unforgettable characters, off-beat humor, and especially clever endings. He is not currently interested in issue-driven stories or query letters that pose too many questions.

You can follow Sean on Twitter for his thoughts on publishing news, the inevitable hipsterfication of Astoria, and the Mets’ starting lineup.

Stephanie started her publishing career in 2004 at Walker Books Ltd. in London, where she sold foreign language rights. Working… 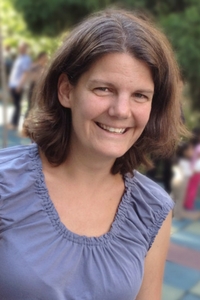 Rachel Orr is celebrating her eleventh year with Prospect Agency, where she represents both authors and illustrators in projects ranging from…

Prior to joining New Leaf, Jaida Temperly moved from Wisconsin to NYC to intern at Writers House. Before that, she…